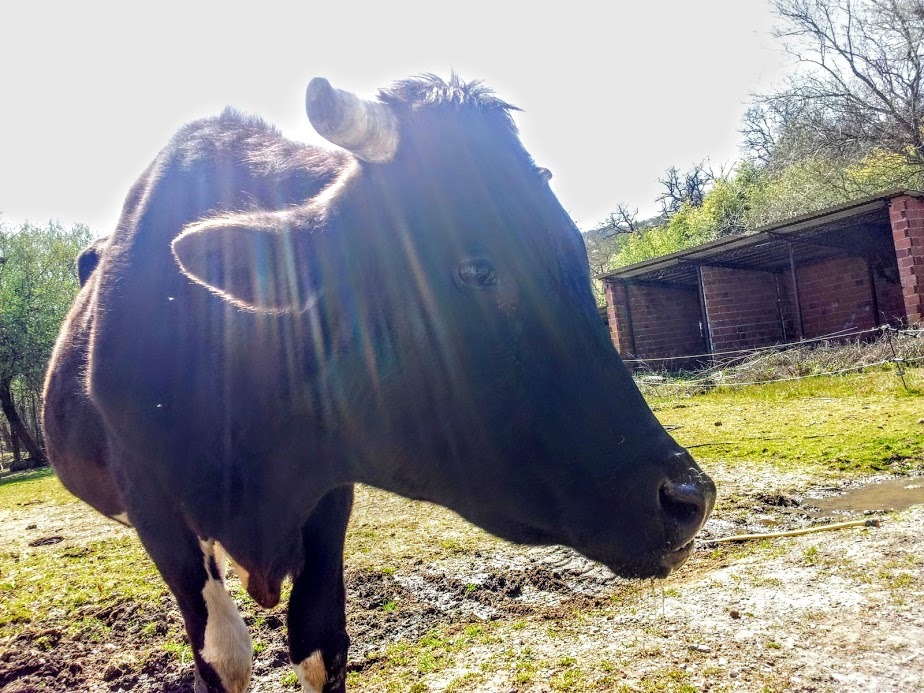 Part 1: ingredients for a convergence and for kale dumplings

The word antispecism has been used, manipulated, misunderstood and mistreated over the course of time by a number of philosophers, thinkers, activists and talebearers that tried over and over to give their personal belief and interpretation.

Just to make an example we can’t agree on the two following definitions.

We can’t subscribe to the first one for obvious reasons, these reasons being that racism and sexism don’t really seem to be overcome, far from that!

B) sexism discriminates way beyond the biologically given sex;

C) the existance of the concept of species is a pragmatic scientific and biological catalogation that has nothing to share with the first two.

Truth be told, almost nothing, since discrimination is their only common thread.

What’s the foundation of the species based discrimination in last instance?

First of all the principle according to which, being the homo species ehm…evolved (or so to say), it would be granted the power and right to determine who can live and who has to die, who can be cured and who should be sent to the slaughterhouse.

There are some similarities with the above-mentioned discriminations, only this time we don’t have a species willing to prevail, instead there’s some individuals discriminating other individuals within the same species that, willingly or unwillingly, do not conform to “canons” imposed by a privileged niche in order to keep those privileges, since keeping them is the source of their power.

Specism is, therefore the will to keep the priviledge of “dominant species” holding the power to sentence to reclusion or death millions of other animals each day.

On the other hand many antispecists are just considering the animal rights issue delegating to other movements issues labeled as “other struggles”, just consider weak antispecism.

Why are these struggles labelled in such a way, i.e. “other struggles”?

Because antispecism and the struggle for animal liberation are considered by those who pursue them as the main focus, they don’t feel the “other” struggles concern them since they’re not part of the category subject to discriminatrion.

That’s absurd in my opinion and I’ll tell you why.

Isn’t a human person approaching the issue of animal liberation just a person that cares for and embraces the animals’ struggle for freedom?

So this is potentially somebody else’s struggle that we embrace, meanwhile those that some consider as “other” struggles are those that every individual of our own species can and has to face, since they include the battle against prejudices and discriminations that might concern us all one way or another and, even when they don’t, should, at least, inspire empathy and solidarity.

This is the core reason why, while antispecism only deals with and cares about animals, they’re are not considered by the fights against “human” discriminations.

Luckily there’s a recipe that works on both sides, so that all the parties stop being separated and start mingling, flowing, converging.

Species shouldn’t be considered a discriminating factor and in order to do that it might help, when thinking about biological classification, to trace back up to the “reign” that brings us all together and breaks down every wall: animalia.

That is to say we are all animals.

Thus when talking with and about people that refuse any kind of discrimination it will be impossible to ignore that feeling superior in comparison to other animals is inherently an act of oppression against brothers and sisters.

And it cannot be ignored that in that same moment every battle becomes essential, it becomes “our” battle and we must support it standing by those who fight it everyday.

The animal liberation as well.

Now, I don’t want to get judgemental with a guy who has the guts to wring a chicken’s neck, but I think that from an antifascist, anarchic, libertarian and paritarian standpoint wringing a flatmate’s neck isn’t exactly the epitome of respect… even if you commission it to someone else in order to then eat the flatmate.

It’s inconvenient from a a D.I.Y. standpoint too… isn’t it better to grow and/or eat seeds, legumes, vegetables and cereals instead of funding farms and slaughterhouses thus helping those willing to return to the countryside without anybody losing its freedom?

In short, the recipe for “good” antispecism could essentially be the following: just taking into account that we all are animals and each and everyone of us wants to live free and without chains, cages and constraints and without anybody metaphorically or actually wringing our neck.

Everyone should come to this conclusion and start fighting so that it becomes reality for everybody, without exceptions.

Just to debunk the myth of the elitarian and expensive vegan cooking made up of weird ingredients, to dismantle the vegan capitalism that floods large scale distribution and contributes devastating the world we’re living and to give you some ideas for the future dinners with your comrades we’ll share with you the recipe for kale dumplings we took to the “Questa è Roma” meeting (in the B…astard face that couldn’t even taste them because he wanted to sneak into the kitchen at 3 a.m. unaware of the presence of Bisa in a recalcitrant and embittered mood).

How to make them:

Take some pretty big kales, pick a leaf for each dumpling (bigger ones count double), boil them shortly in salted water with a drop of vinegar (apple vinegar if possible).

Leaves should be limp but should’t break.

Pull them out and place them delicately on a colander to dry.

Take a medium sized potato for each person, peel them, cut them into pieces and cook them in a pot with water and salt. When they’re done get rid of the water (not all of it though) and mash them with a big fork in a big bowl adding olive oil and salt when needed.

Prepare one red beet every 2 people by cutting it into teeny tiny cubes.

Start frying a lot of onions in a pan and during the process add the red beet cubes and fry them too.

When the red beet is half-cooked add some soy sauce, red wine and paprika and keep cooking until the dices reach the texture you prefer.

Now add them to the potatoes, mix and let the whole thing cool down.

Take a kale leaf and put a spoonful of the mix on its largest part, spreading it slightly, roll the leaf and put it on a tray. Keep going until depletion of leaves and mix or until there’s no more space on the tray.

Pour some olive oil, put some breadcrumb on them and shove them in the oven for 10 minutes or so.

Pull them out and stuff your face like there’s no tomorrow!

Hoping you enjoyed this article we invite you to contact us for any question and/or insight so that we will gather new ideas for new articles, and feel free to ask about recipes you’d like to try!

Thanks for your endurance!