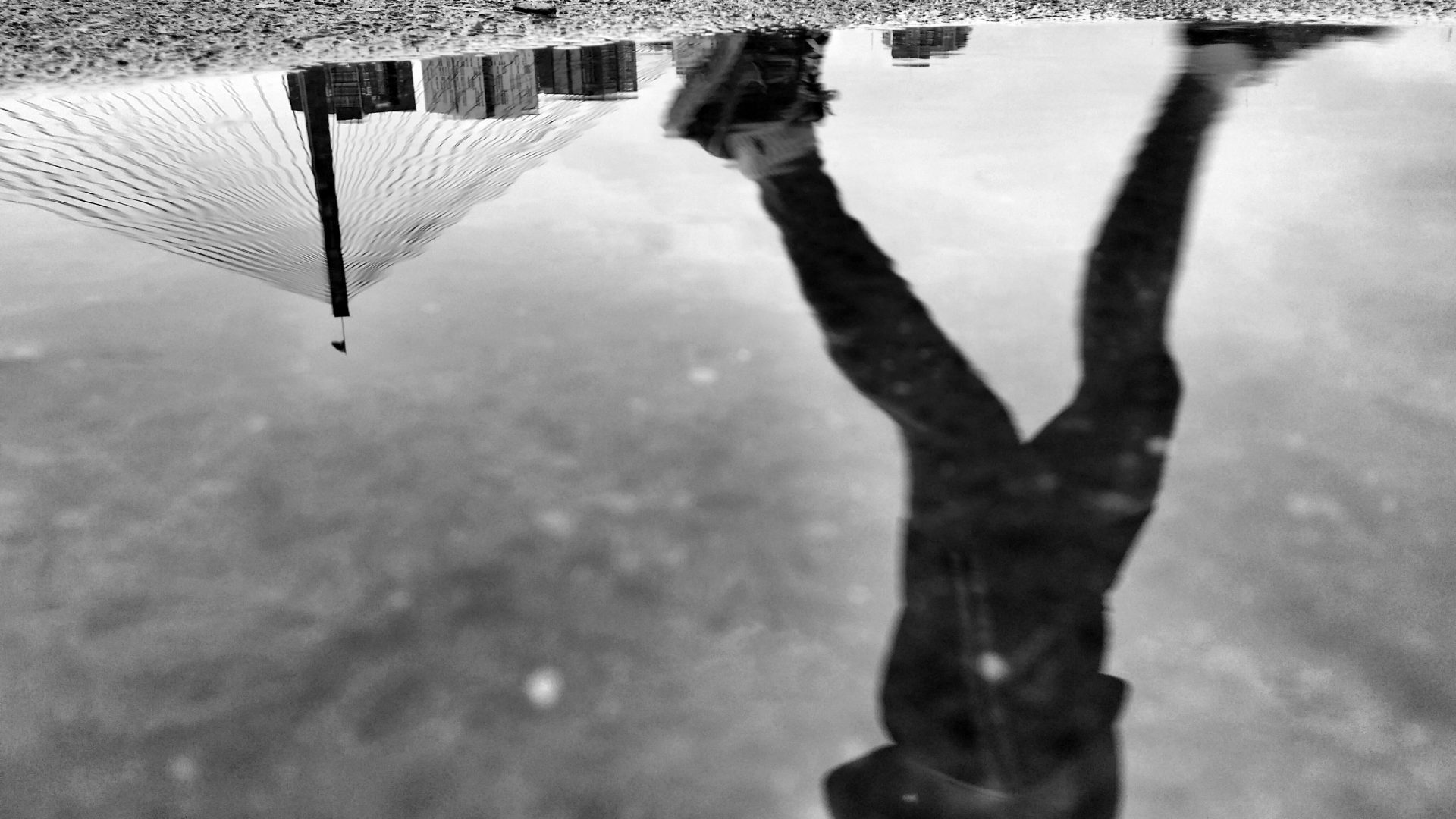 Fine thanks, I was going out for some jogging.

…you got the self-certification?!

(piece of paper required to justify the fact that you are not at home.)

no no, it’s not needed just to go out and have a run in the district.

The thought of a Naples jogger, caught running during the lockdown and beaten by the police, flashes in my head. I chase it away and get ready. I put on my shoes, put on my headphones.

« We will travel your highways walking with our bare feet, we will use our bodies to redraw the maps of your cities. The time we have spent together won’t come back, kiss me again, as if it were the last … »

The dazzling light of an unusual winter day. The green of the trees and the gray of the concrete. The heat of the sun on my skin. The air on my face. On the road you can number the cars on the fingers of one hand, you can also run on the roadway, sometime. On the sidewalks only a few people, taking the dog out for a walk. Masks to cover their faces and bias in their eyes.

« Same story, same place, same bar
gathered here in the square of this city
the reality
of your days
half
following every bizarre mania
marking the boundaries of a great utopia »

I pass by the local ARCI club. Closed. It was already closed long before the bars closed and the lockdown. It’s like that because it is just an association and not a business. For someone it was like a second home, for others it was simply a place where they could have a drink with friends. For me, for me it was much more. The union. The fundraising dinners. The concerts. Retrain of a poor district. People. I wonder if it will reopen again when all this will be over. The rent is expensive. The revenues are nonexistent. The time ahead of us, still too long.

« Sad eyes looked at me smiling
he was not afraid of dying
he was already dead inside
sad eyes spoke to me of achievements,
lives lived, wars never won »

I pass by the house of a boy who died recently during the lockdown. He didn’t die because of the virus, but for other reasons. It makes no difference. I think of his parents. I think of the funeral that none of us will be able to attend. The mother said “just tell me nice things about him”. Nice things are the only memories that I have left of him, madam. But that’s a cold comfort.

I go back home. The apartment is in a dim light at sunset. I break the silence by turning on the television. Advertising reminds me to wash my hands and to not leave my house. I turn off and start writing, calling, video calling friends and relatives to find out how they are doing. Have a chit chat. Redefine closeness in the era of communication.

The thought of tomorrow, forced to stay at home in front of a screen, flashes in my head. I chase it away. I’ll go out for some jogging again tomorrow evening. As long as I can do it. Until they will take also that away from me.

The measures are not to be questioned.

For the sake of us all.

Of course, mistakes have been made in the past, we all know that, but now we need to grit our teeth. Then we will see. The exceptional nature of a state of emergency. Not like the economic crisis of 2008, the economic bubble of ’99, oil crisis in ’73 or Wall Street crisis in ’29. Living in a constant state of crisis. Mistakes have been made in the past. One of those was that we never really learned from mistakes.

I glance through the window, waving from the balcony of the apartment in front mine a sheet with the words “everything will be fine” written on it.

Thoughts and words by Karl Punx