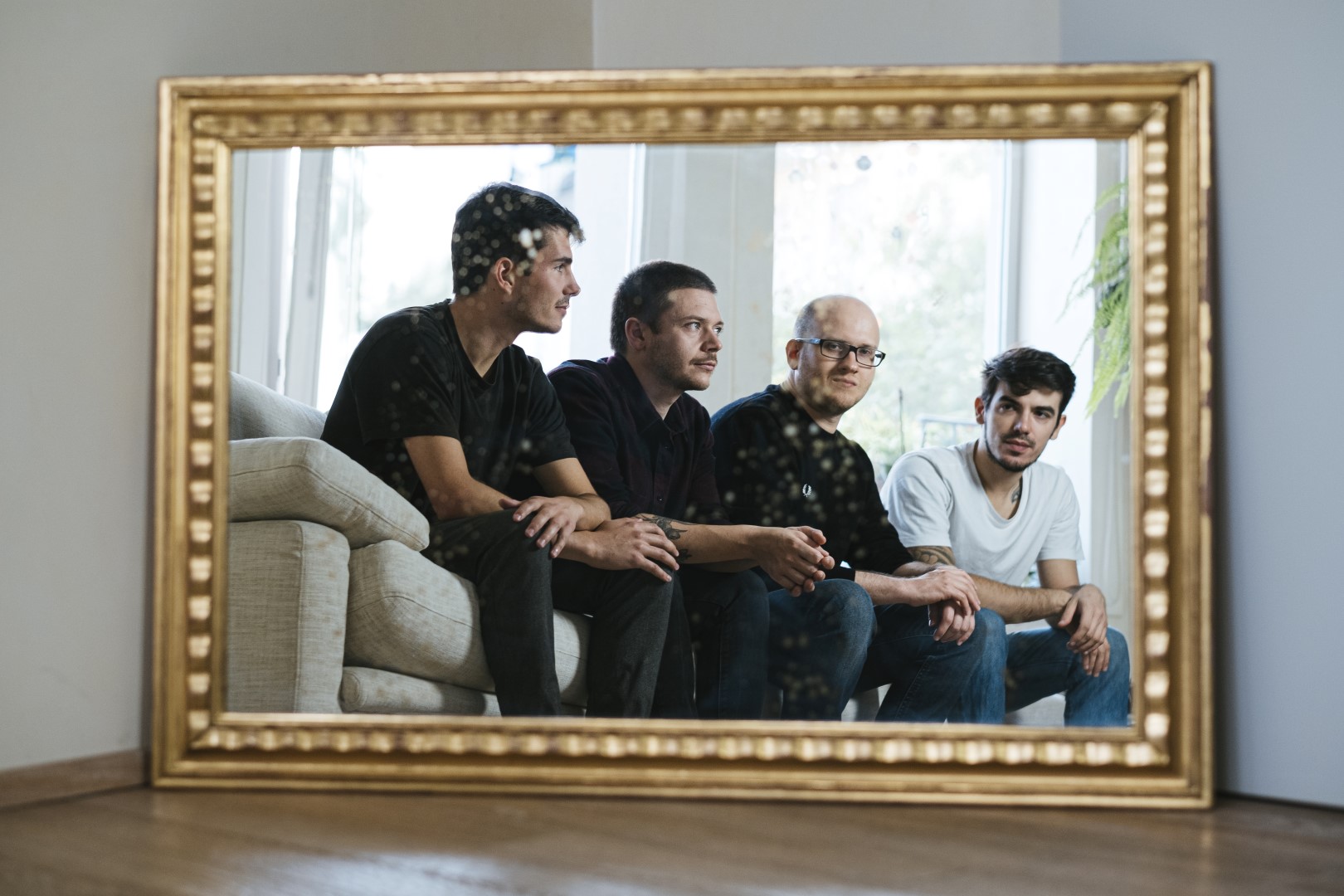 A small chat with Regarde

We had the opportunity to have a little chat with Regarde, enjoy it!

Radiopunk: “The Blue And You” is the title of your latest album. How hard is it to pick a title that embodies the spirit of a record? Were there any other contestants? If so, which?
Regarde: “The Blue And You” is a title all the band’s members agreed upon from the start, not an easy task at all. It’s an immediate extension of the record’s lyrics and it represents all the concepts it contains. The record deals with self-confrontation and “blue” stands for the angst, fear and melancholy we all share. Besides the assonance between “you” and “blue” we were intrigued by the presence of a colour in the title, resumed afterwards by the artwork and the whole record’s promotion. “I’m ok” was an alternative, but eventually we all opted for the current title.

RP: Musically we can hear there are a lot of heavy anglosaxon influences. What are the bands and artists you feel more clearly influenced by and what are those that did the same in a less apparent way? Maybe regarding intentions or approach…
R: Between the four of us we have very different tastes, from light folk to extreme instrumental music, going through trap and sludge, let’s just say that we all agree on the 90’s punk rock and emo midwestern scene, and the latest one related to the revival of the genre coming from labels such as Run for Cover and Top Shelf as Basement, Citizen, Turnover and definetely Title Fight whose Floral Green is one of the best records ever. Talking about approach we try to feel comfortable with what we write (mostly ideas coming from Andrea B) finding our part by making the voice and the melodic part of the song work at their best; there’s fights but we trust each other and we all build and polish at our best without much regard for what other people might expect, what really matters is that we are happy with the result.

RP: “Leavers” was recorded in Boston (Jay Maas) and “The Blue And You” was produced by Bob Cooper in Leeds.What about these experiences? What are the differences that you think made each record work and what do you think ties them together creating some sort of continuity between them?
R: These have been two amazing experiences, the choice to get away from everything and focus just on the realization of the record really helped us both times. From a working point of view they were two very different experiences. Jay is an incredible professional who’s been part of the most remarkable productions in punk hardcore of the last 15 years and has a working and human attitude  that really sped up and made the recording process very easy and effortless giving inputs that never overturned the session but on the contrary enphasized and enriched its content, he created a monolitic sound that gave the record a hue and depth that killed us. With Bob the recording process took longer because we worked on the sound of each song in a different way trying to make every part both distinct and inseparable from the song, we had a much clearer idea of  tones and sounds we wanted as a result, it was tough but it forced us to overcome our limits and we are very proud of how the two records resulted and that each of them has a recognizable production. Coming to the common grounds we think it’s due to the fact that it’s always us,  and just some time after having recorded and properly listened to the record we’ll realize the ties that might bind all our realeses.

RP: Your songwriting is chiseled yet spontaneous. How long does it take you to write a song? And what’s the process you usually go through? Where does it all begin?
R: The songwriting varies depending on who brings the song to the table, usually Andrea B brings the whole song on guitar with different parts that we structure afterwards,working together, generally what we like most pops out after two or three rehearsals, even one if we’re lucky or in a hurry. We spend the rest of the time looking for the right arrangement, sound and mood for the song; that’s the longest part of the process because only through time you can fix and give value to what was born in a breath.

RP: The lyrics of “The Blue And You” are very intimate, maybe even more than those coming from “Leavers”. Are there any common themes between these two records? Evolving stories? Opinions and perspective that changed?
R: We always tried to trace a common thread between our records. Ever since our first two Eps, passing through “Leavers”, we always dealt with our personal experiences, sometimes creating references between tracks coming from different records. With “The Blue And You”’s lyrics we wanted to dig even deeper, being influenced in this decision by the sound of the tracks. As a matter of fact the lyrics come almost always at the end of everything: we start working on a defined concept and then we pick, arrange and re-arrange the words  depending on their musicality and relation to the instrumental part.

RP: “The Blue And You” has been out for some weeks now and you already played the first few gigs. Are you satisfied?How’s the audience responding?
R: We are stoked about how the audience is reacting to the new record, unlike the previous one we didn’t play any of the new songs before the release date, that’s why we were a little worried, luckily we were impressed by the warmth of the crowd at the concerts. We were breathtaken at the release show and it was wild to see all these people sharing the new record in its live version for the first time.

RP: Leave us with a little tip on how to face life and listen to music!
R: We humbly live music as a necessity, it’s a constant duty and expense for sure but it’s also something we could not live without. We really hope this feeling flows through what we write and how we carry ourselves!