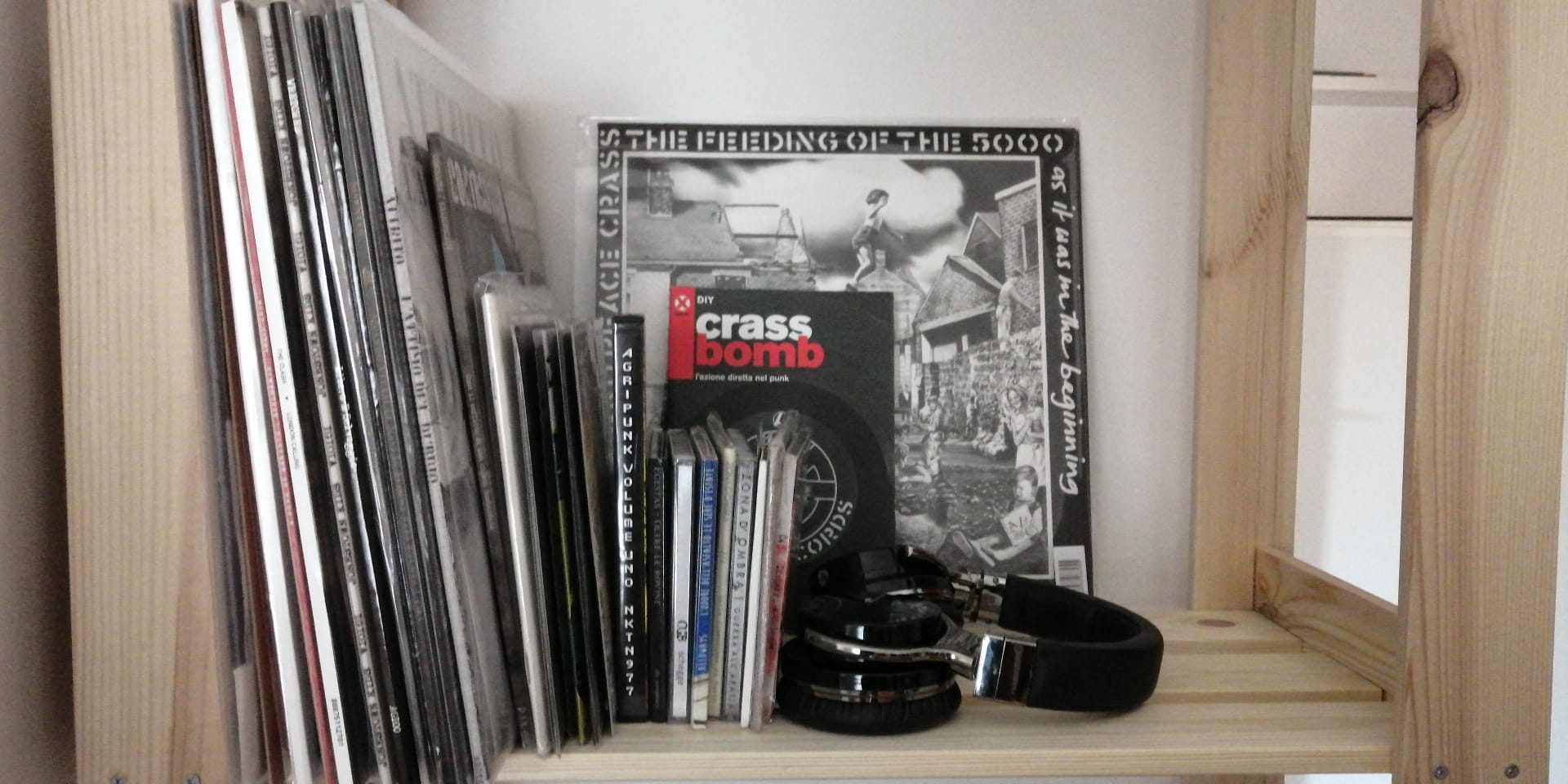 Albums, videos, singles: find out about the new punk releases in the days of quarantine

Maybe you’re already aware of them, or maybe you’ll find this article eye-opening. Either way, we’ve decided to list down here all the new punk releases from this quarantine. A giant list for all tastes, from street punk to Ska, passing through crust and hardcore, in which you can discover new bands or have yet another listen to that song that during this lockdown inevitably became your favorite.

Scroll well through the whole article because the order is completely random and you’ll find various players and Infos about every band that’s involved.

Toscana Punk Rock compilation benefit: we talked about this triple compilation for charity to face the COVID emergency back when it came out. Read, download, and donate here!

Music Against Virus: Another charity compilation downloadable for just 2 euros or more with an incredible 116 songs featured! Support by clicking here.

Caged: The band publish this track to support the comrades arrested during the “Ritrovo” repressive operation.
They have therefore decided to put a minimum offer to download the track.

Dalton: the new record “Papillon” is finally ready, produced by Hellnation and available in both 12” Vinyl and CD. Besides, it’s also available a handmade box limited to 100 copies packaged by Anfibio Records, featuring a cassette tape of “Papillon”, one embroidered patch, one pin (made by us), a sticker and a 30×30 sheet with all the lyrics printed on.

Still not convinced? Here’s a sneak peek at Papillon!

Azione Diretta: Siamo Tempesta’s music video came out around one month ago, about one year after the release of their homonymous album.

Mucopus: Coming straight from Mucopus and friends is the video for “Silenzio”, that will be featured in the compilation “Vicious Circle”, curated by TADCA records.

Mud: “The Situation” is the new video from Abruzzo’s own hardcore band. The song is included in the album “The Sound Of The Province”, released in 2017. We still have one physical copy of the record if you’re interested in it.

NH3: Hoping to provide some good times in this tough situation, the ska-core band from Pescara released the music video for “Best”, taken from the band’s last work “Superhero”.

Lastbreath: Sardinia’s own HC band dropped, near the end of March, this badass music video for their song “Lions From 90s”.

The Radsters: Straight out of Naples comes “Faster than Police”, which is also good advice these days other than being an amazing video! The song’s included in the Homonymous record.

Pensieri Oltre: “Il Prezzo Della mia vita” is the new video from the band, they just reprinted a bunch of CDs with graphics from Andrea of Passione Nera Records. Keep an eye on it!

The Unborn: They waited, with common-sense seeing the current times, to drop the video for their song “L’Ultimo Uomo Sulla Terra” (Literally “The Last Man On Earth”), but now it’s finally here! This is the video for the beautiful song featured in their last Record.

NIX: “Misleading Melodies for Grown Children” is the debut album for the band coming from Trodica (MC). FFO Melodic Hardcore!

Rope: DIY is also Do It Together, says the band from Turing formed by members of The Ponches and Tutti I Colori Del Buio. You can order the record from all the labels involved (Sonatine Produzioni Youth of Today Records Nothing Left Records Fresh Outbreak Records Mother Ship NoReason Records) or by hitting up the band themselves. Meanwhile here’s a taste!

Overcharge: Out now the new record “Metalpunx” from the band flanking the very rotten Olona river. Listen to the full work below!

Six Feet Tall: June 2020 will mark the release of their ep “Be Grave With Your Life”, in the meantime here’s a song with a very particular sound!

One Dying Wish: released the 1st of May, “Origami” is an album with a lot of Screamo/Post HC influences, for fans of this blend of melody and “noise”!

The Forest Calling: from Como comes at you this Melodic Punk Rock work named “In Mezzo A Mille Altri”, give it a listen!

Lion’s Law: “The Pain, The Blood and The Sword”, the new record from this Oi! Band from Paris came out in March. Here’s the official video for the song “The Reaper”!

Blind Ride: “Too Fast For A Sick Dog” is a mix of punk, hardcore, and rock’n’roll ultra-fast, breathtaking stuff. Molise doesn’t exist? Well, have a listen and see how it kicks you in the mouth…

Grigio Piombo: new band from Tuscia Hardcore. Their new demo’s out, give it a listen!

Skulld: another metal band that will surely please punx, including members from Contrasto, Guerra, Nowhiterag. “Reinventing Darkness” is their debut and it’s a knockout, check it out below. An absolute gem, it’s available the 12” Vinyl with a silk-screened side!

Klasse Kriminale:  “Vico Dei Ragazzi” is the new work from the street punk band active since 35 years ago and it’s out on Randale Records in 12” Vinyl. Listen to this song and jump to order it!

porno|muori: Flamingo Records keeps believing and supporting new bands with lots of passion by the simple rule of “if we like it, we support”. From Genova comes this new Death Rock band. Have a listen below.

Milksnake: the more aware of you will remember that we saw them live in Bologna some time ago. We’re back talking about this Punk Rock trio because it’s out now this bomb of a record below!

Neid: from Viterbo comes the call informing us that the physical copies of “Anthems of The Dissonance”, a double CD containing the full discography of the Grindcore (2007-2020). This gem was also co-produced by us, write at info@radiopunk.it if you want a copy!