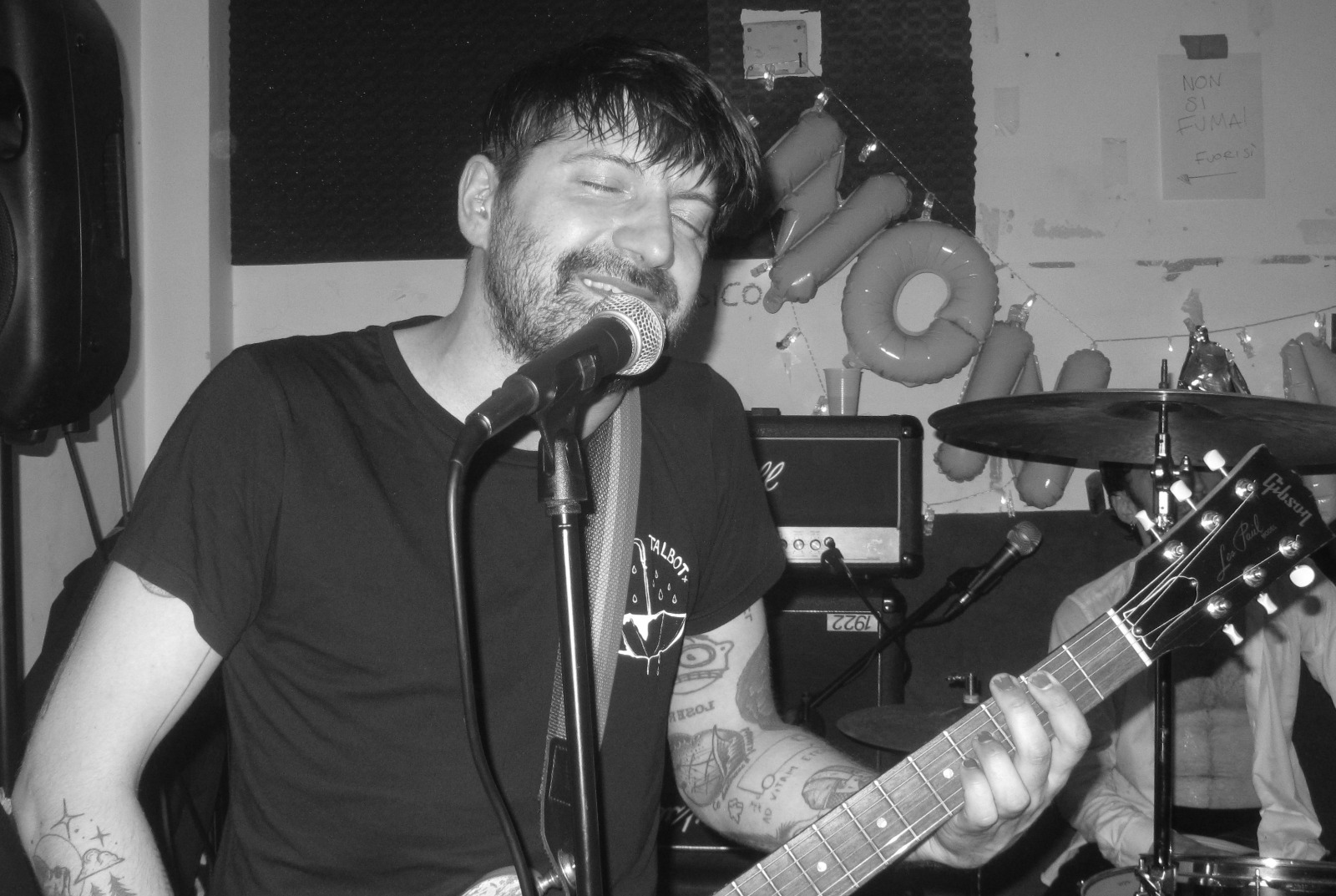 Genoa is a labyrinthine city. And as if that were not enough, to increase the difficulties for those who enter it, it has a peculiarity: the house numbers have a double series, red for the shops and black for the houses; this confuses Maps, which sometimes sends you to the wrong place. This is what happened to me when I went to the concert for the first birthday of Nonna Papera rehearsal room, organized by Adescite crew. Basically, I got lost two miles from home, and only after wandering around for quite a while, I finally found the place, definitely very well hidden.
The room is very small, but the spaces were well distributed: merch wall with records and band t-shirts, catering corner with food and drinks (yes, there was also Borghetti!) and stageless stage area, where despite the informality of the context, three very respectable bands performed.
The place, though being Thursday, is already full of nice people (my only perplexity, women, where are women? We were maybe 4 in all on an overwhelming male majority!) when the first band starts, the French Stygmate. It was the first time they were performing in Italy, and apart from a bit shy first impact because of language difficulties, they manage to seduce the audience immediately. The vocal/guitar, bass and drums trio takes us around the Parisian suburbs with a tight punk rock that also draws on French folk music. In about ten tracks, mostly taken from their latest album “Sans couleurs fixes” (2017), Stygmate convince everyone present, with considerable emotional charge and virtuoso solos. Great group, with whom I also had the pleasure to have a chat, showing off my French that improves directly proportional to my alcohol level, at that point already pretty high (but I came by bus and my conscience is clean).
Immediately after them, it was the turn of the only Italian group of the evening, Iena from Florence. A recently formed trio, with members of Carlos Dunga, Bomber 80 and xDeloreanx, they perform songs from the very recent “La morte chiama”, which we reviewed here. A direct and violent oi!, a good punch in the stomach that has no difficulty in thrilling the punks, who do not mosh only because of the small space.
Meanwhile my French level continues to improve, just in time for the arrival of the third and last band of the evening, Guerilla Poubelle. For me, being passionate about transalpine punk, it’s really incredible to see this legendary band a stone’s throw from home, for the first time in my life. Recently they released the album “L’ennui”, from which they perform many songs, explained by the introductory speeches of the singer in a very good English. He tells us, for example, that “La bataille de Paris” (The Battle of Paris) is about episodes of police violence, and in this regard he recalls the events of Genoa in 2001, asking how many of us had been present. I realize that for age reasons there were not many of us. Eh, yes, almost twenty years have passed.
Guerilla excite the audience, among new songs and great classics like “Les fils et les filles des sorcières que vous n’avez pas brûlées” (The sons and daughters of the witches you didn’t burn), with the refrain to sing in chorus, and they are invited several times to perform one more song. Too bad they didn’t play, incredibly, the super classic “Demain il pleut” (Tomorrow it rains). I take it as a wish that the sun will finally shine again on this city after so many difficult moments, and I return home enormously satisfied with the evening and with an excellent level of French.
I thank the bands, everyone present, and Adescite crew who organized it all very well (keep bringing me a bit of France in Genoa!).
À bientôt!

Report and photos by Elvira Cuomo

You’re free to use the photos, but please credit the photographers and Radio Punk, thank you!
As usual, if you’d like HD photos, feel free to contact us at info@radiopunk.it 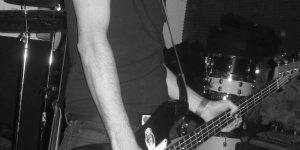 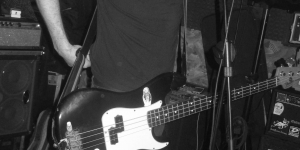 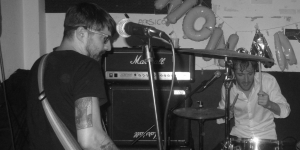 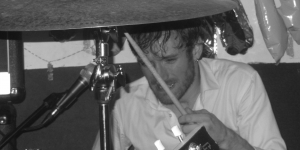 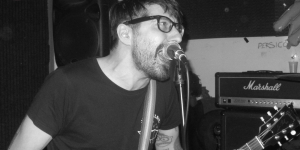 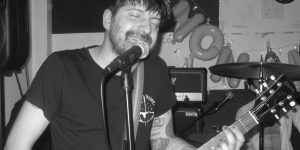 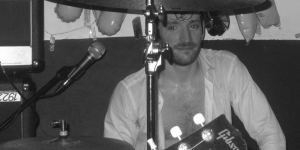 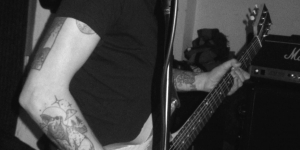 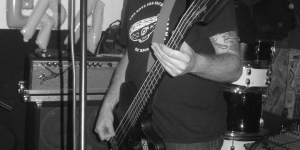 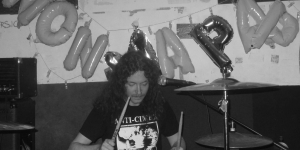 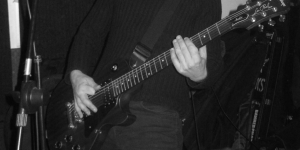 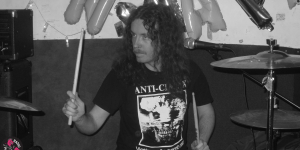 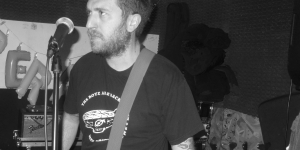 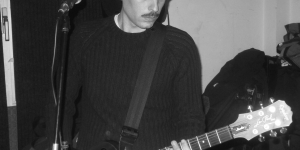 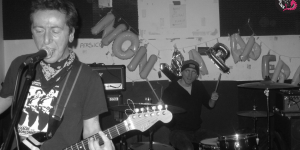 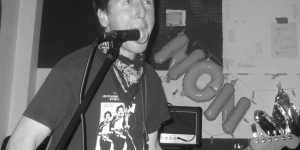 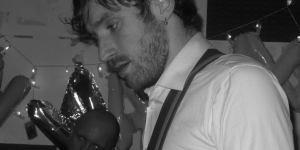 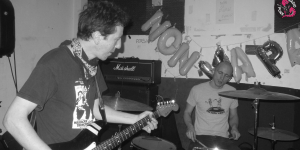 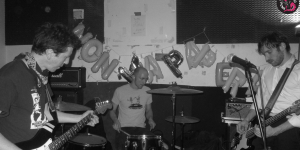 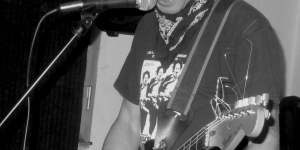