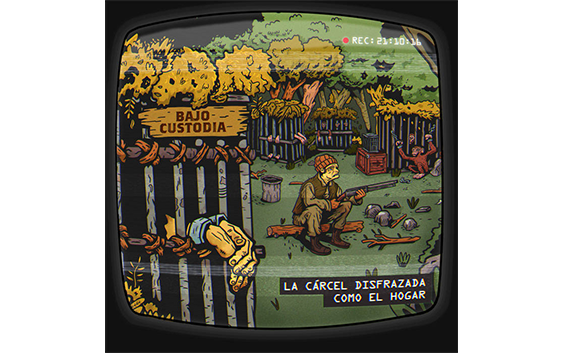 Today I stumbled upon an interesting album, Bajo Custodia‘s “La Carcel Disfrazada Como El Hogar”, making us shake our booty and swing our hips with some punk rock straight from the other side of the globe. Coming from Alajuela province in Costa Rica these kids started writing and composing songs in 2015 and debuted live in San José one year later.
“La Carcel Disfrazada Como El Hogar” was released in april 2019, after a demo that came out some years ago. It’s made up by nine tracks with captivating rhytm and attitude in which a punk rock imprint dominates, but is coupled with the fascinating local language and some very clear musical hints to Latin America brought to light by Mr. Bass Line, the leading actor in all of the songs, resulting in a unique and successfull final product.