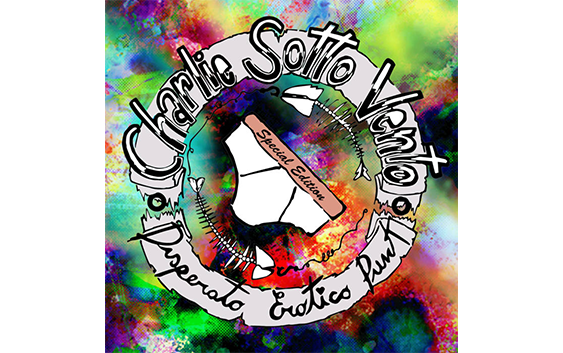 The guys are back in town

The punk rock band from Forlì is back on track after 6 years of silence, with a special edition of their first and only album- named after the band- released in 2012, inside with 3 new cover tracks recorded during the past year and a brand new cover just for the occasion. On the 5th of October “Disperato Erotico Punk – SPECIAL EDITION” was released by Lostdog Records, an independent label from their region.
Charlie Sotto Vento write their own lyrics in Italian, in a light -almost childish- manner. Words thrown on a blank paper -I think- by design. The intent is to overlook the significance of the words in order to make way for a kick-ass musical session. In fact, “Disperato Erotico Punk – SPECIAL EDITION” is a crafting of 13 bomb tracks, instrumentally speaking.
From wild punk guitar pieces, to grimy drumrolls, to ukulele powered intros and ska parenthesis, this album is a quite hot melting-pot of rock’n’roll attitude suitable for anyone who loves well-crafted punk music, made for plenty of carefree fun.

Review by Ruiha
Translated by Ivana