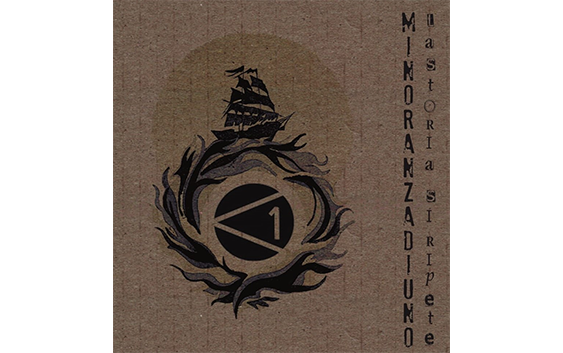 “Art is linchpin. Seemingly inconsequential, “freedom of creative expression” is a red herring; a beard, a ploy, a false-flag operation. Upholding the inalienable right for art to be anything, say anything, do anything, is a parlor trick, designed by the lords of capital, with extraordinary, insidious implications. It has made art—instead of being the shield, weapon, and broadside pamphlet of the otherwise disenfranchised, attainable to anyone—into a holy bit of fluff, the well-being of which must be protected at all costs by the muscle of the militarized state. Upheld by the superprivileged, championed by the cosmically degenerate, what point is there in defending this beast? And what has the beast, in such company, become? Art is not purely sensual, nor does it lack intent or effect. Art is in the trenches, fighting for this viewpoint or that, either overtly or covertly. Art incites more violence than anything else.” (“Censorship Now!!!”, Ian Folke Svenonius)

I quote Svenonius to restore the idea that we must repossess what’s ours (“we” intended as the working class) and spit on the bourgeoisie’s symbols and emissaries. Throw those Offspring or Green Day vinyls away and pull out records like the one we’re about to review, instead. The production didn’t cost millions of euros, but it surely has a soul. Some may think this is a bad thing, an outwardly beautiful product is certainly nicer to show to your family and society, but sooner or later time will replace it with something just as affected. Face the Capital’s storefronts and decolonize your mind, censor the garbage that rich people throw on our heads from their skyscrapers, even if it’s covered with some opportunistic social commitment. We don’t need their huge stages where exploited workers work, risking everything just to set up a merciful show full of lights and powerless music.

“Make punk a threat again”, that’s the best practice. Especially in this historical period, where we badly need new Rondos and Crass to voice our struggles and requests. Comrades, take your hammer and your sickle, draw a circled A on everything that symbolises these new Nosferatus’ authority (cit. “…They changed their face”), fill bookcrossings and libraries with “red booklets”. Extol the revolt through your microphones, make sure your guitars exalt the uprising, give back to music its political, rebel side! The ruling class chokes every single minute of our lives, so why helping it paralyse our minds? Let’s give music back to the people, let Linkin Park and their buddies’ stages burn. Long live Minoranza di Uno, the spearhead of Friuli-Venezia Giulia’s proletarian music.

The only reason why punk was able to survive the early ‘80s without melting completely is its political, social and militant side. Without this, it wouldn’t have gone further than Clash’s last album and now it would be classified as a temporary youthful cultural phenomenon which channelled into New Wave and it would appear mainly on fashion books. That’s not what happened, thanks to those creeps with mohawks wearing black and talking about anarchy and socialism in their songs. Minoranza di Uno was founded by one of those creeps, one of those who raise their fist against injustice and aren’t afraid to denounce it. In addition to this work, they have various split albums to their name, with Labile, Alldways and L’Ordegno, as well as their debut album. If you are wondering where to find these Camus’ and Sartre’s successors, I’ll tell you you just have to go where you fight.

The album includes six tracks and each one of them is a p38 shot, fired against the opulence in the city centre’s shop windows. Poetry and activism merge in a bond which torments the apathy in nowadays’ minds, with songs and a well-made wall of sound: after all, instruments are just a chance to be heard by those who claim to be deaf. The first track, a monologue with guitars in the background, is centred around the words of the band’s Majakovskij, whose name is Beppe, not Vladimir. The rest of the tracks on the album are old school hardcore punk, faithful to Kina and sticking to the line: you’ll need to take your booklet not to miss any syllable (but don’t worry, the lyrics are clear and well-pronounced). I’m not surprised by the presence of a cover, which ends with some flattery for the “Galeone”, a classic originally written by the partisan, anarchist writer Belgrado Pedrini, who was sentenced to life imprisonment in the post-war period for fighting against the fascist regime.

This little record will never be the album of the year, month, or week. But it has a soul. A unique soul, similar to many others in the underground music scene. Simple music, but whose poetry, from the monologue in the first track to the “Maledetti!” (“Damn you!”, translator’s note) at the end of the last track, beats the star system and its fake caravan full of falsehood and deceit, whose soul was torn off to the sound of cash. Here’s the essence of punk, existence, revolution, the working class. And most of all, there’s the pride of those who haven’t surrendered to this state of affairs yet. Thank you all.

“If you throw one stone, it’s a punishable offence. If 1000 stones are thrown, it’s political action. If you set a car on fire, it’s a punishable offence. If 1000 cars are set on fire, it’s political action. Protest is when I say I don’t agree with something. Resistance is when I ensure that things with which I disagree no longer take place.”