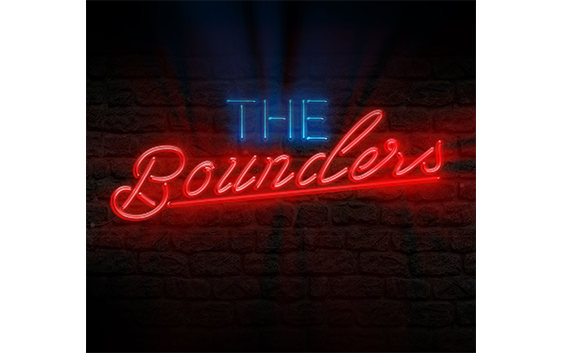 “The Bounders” were born in Pescara in 2016, when Gian Marco Toracchio, Riccardo Cilli and Mattia De Luca met. They started writing songs by chance and then played them live, sharing the stage with bands such as Nashville Pussy, CUT, The Peawees and many others.

Therefore, their first EP surely deserves our attention and we couldn’t miss the chance to review it.

Power bass lines and vocals are literally “incendiary” and they immediately stick to your mind right from the first track, “Carom”, and this already confirms the quality of the product.

The first minutes pass quickly and “Ehy Ehy (All Woman Say)” is a high level track.

The album has a varied structure and song arrangement, it’s neat and defines the band’s real attitude, with the trio’s glam, rock and punk souls.

Thanks also to the supervision of the producer Andrea Liberi, who has been working on the recording of this pure distilled rock since last summer, you could put this work in the best international scene of this genre.

The last track’s choruses, which are more punk, mark the end of an EP which leaves us with a lot of adrenaline and a desire to hear it all live. It’s not by chance that the song is titled “Drunk Euphoria”…

Luckily, there’s a chance to see this band live: on the 2nd of November at the Circolo Arci Scumm in Pescara, with a must-see release party.