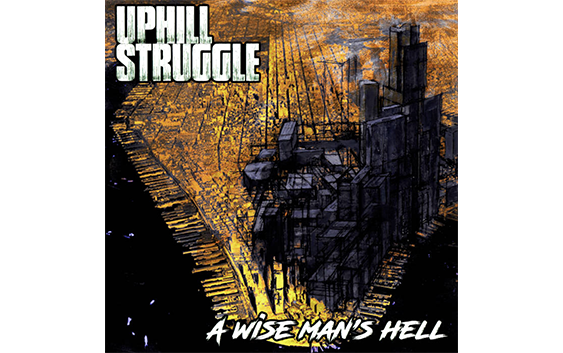 After its debut in 2017 with “Fool’s Paradise“, the band from Copenhagen has just released a new work called “A Wise Man’s Hell“. Active since 2015, Uphill Struggle never changed course and even this time propose us their skate punk/melodic hc in DIY ethic, since it is completely self-produced by the band itself, from recording to mixing, up to mastering. This EP has been recorded on transparent yellow 12″ vinyl (cool!) and on tape, but you can also find it in digital format.

From the very first note, their sound throws me directly to the ’90s: Pennywise, Millencolin, and a pinch of 7Seconds and Face to Face are the bands these 6 well-defined songs and varied melodies remind me of. Among them, “Slow Down“, the first track, whose chorus sticks in your head right away, the badass “By Myself, and the gloomy “Losses” stand out.

In conclusion, I have to say that I didn’t know this band, but now I hope to listen to something new by them soon, and maybe to see them on stage nearby!