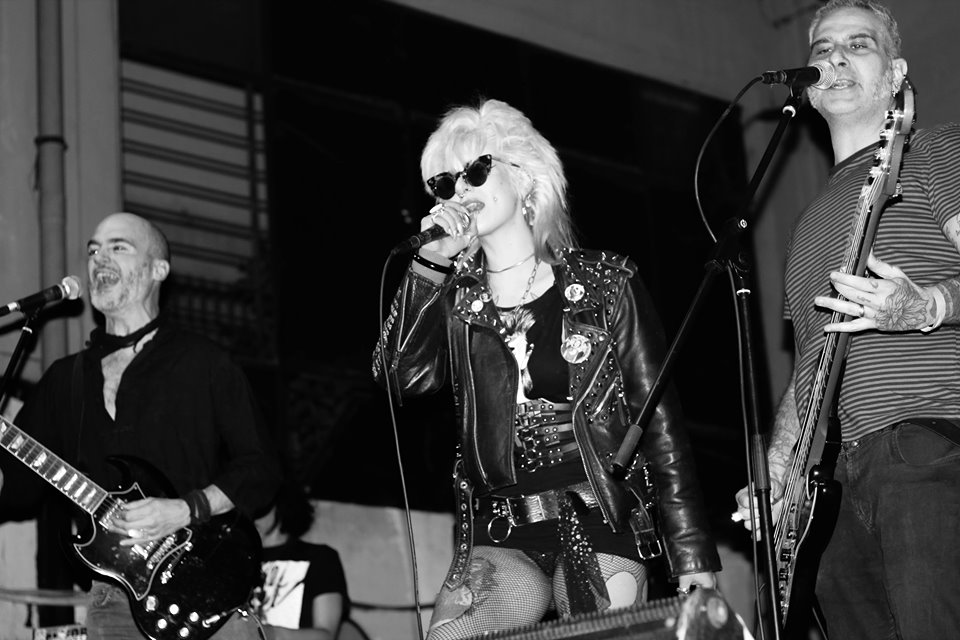 Rome’s punk scene as seen from the outside

“I tried to follow a conventional route (…) but something was missing: it was life” Penny Rimbaud

Roaming around concerts with our band/collective has always been a party. A glimpse of bright blue in the grayness of the day. It’s incredible how many people and places we discovered through music. Whether it’s for a midweek show (including the hassle and race to find the time) or for a tour (with shows in places we could hardly find on our maps), once on the road our mind felt more and more light.

When we end up in places we’ve already been to, we usually stumble across the same people. Because that’s how the punk scene is: stubborn and sentimental. It’s all about banding together in creating free situations, at any cost. Catching up even if we can only give each other a warm shoulder pat because we’re too busy unloading amps, unwinding cables, managing the times for the show, or even just talking to other people. Thanks to punk we discovered political activism, the beauty in taking a stand, and not making the obvious choice. No one is immune to the structures of power and control, especially nowadays, where the instruments of control and colonization are becoming terribly persuasive. The difference is that punks, usually, know that. They are aware of that. This alone is the first very important step to find at least a shred of freedom. Those who seek refuge in conformity are destined to never taste the exotic fruits of beauty.

For Kalashnikov going to Rome to play shows is all of this and more. Rome’s punk scene was always unpredictable for us. We happened to play in huge and crowded situations. Other times we played in front of a few intimate audiences. But there never was a trivial situation. The first time, back in 2004, we were invited by Banda Bassotti at the CSOA La Strada to play with Bloody Riot. Back then (other times), we used to listen a lot to “Figli della stessa rabbia” and it seemed like an amazing opportunity: “Wow!”. That was our first big show outside of our usual crowds. On the flyers, the promoters wrote, to our great surprise, “Kalashnikov punk from Monza”. Since there were going to be hordes of redskins, they were worried that revealing the fact that we’re from Milan we were going to face a terrible welcoming. Is not like writing “Monza” changed a lot but.. who knows! To avoid controversies, Milena yelled from onstage, before one of our songs, “The next song is called… Milan… HATE!”. Turns out the promoters weren’t wrong as from the first row we heard the chant, accompanied by raised index fingers, of “MILANO IN FIAMME! MILANO IN FIAMME!” (literally “Milan in flames”, t/n). We were actually scared to be dragged under the stage and into an all-out brawl, while instead, it was a great way to break the ice, and at the end of the song, we were also greeted with applause.

It was an insane experience: it was the first time we played in front of A LOT of people, including the amazing actor Valerio Mastandrea. “Vips” were always a constant theme for us in Rome, ‘till the last one during “Questa è Roma” in 2020, when we bumped into the world-famous restaurant owner/chef Joe Bastianich. What he was up to in the small occupied venue Strike remains a mystery… Back to 2004, after the show, we met Roberto Perciballi (late and great Bloody Riot front-man) who gave us a ride to the hotel to sleep. It must have been 4 am when we showed up half-drunk and smelling badly into the hall of a hotel that, to our standards, seemed only for rich people. A boy from the Philippine started to take our instruments: we were thinking it was a mistake (or a thief) and we turned to Roberto with a questioning look. Instead, he took out a sweaty roll of cash with which he paid our rooms. “A big hug, goodnight guy!” as he vanished. We opted not to destroy the room as it’s rock’n’roll tradition only because… we’ve never been to a hotel with a Jacuzzi!

We then returned to Rome for different occasions: in Torre Magna, at Spartaco, at Bencivenga… Another concert in Rome we fondly remember is the wan at Laurentino 38. It must have been 2018 and we were back, the previous time being 2016, sleeping in this wonderful neighborhood, a collection of apartment blocks that seems never-ending, full of long hallways and worthless spaces, wet because of the water dripping down from the ceilings. But we have memories of a lot of love and affection between those pillars of broken reinforced concrete. The feeling that playing in these kinds of places acquires a deeper meaning. The complacency with a political project. The crossing of lives outside the box. An entity we always had a deep and lovely connection with is Radio OndaRossa. We remember the benefit show at the ex-Snia as one of the most crowded we ever had, with a lot of good people. Then, recently, there’s been “Questa è Roma 2020”, another giant situation.

Every place has its unique traits and playing live is one way to discover them. Music is an extraordinary mean to travel and to see things “from inside”. If you wander around as just a tourist you will never get certain things. Like, for example, being at the party for the 1st of may in Piazza Rossa in Moscow, just to find out that the relics of a communist past are in fact exalted by patriots we would, with “our” categories, place in the far right. Like being in Kyiv during the Ukraine conflict talking to guys and girls that are living said conflict with their own skins, explaining to you they’re torn between “two faces of the same nationalism”. I believe that if we would have never started to play music, we would have seen less than half the places we ended up living, met half the people we ended up meeting, and with whom we still are friends today.

Music is a strange way to communicate: it’s abstract, made by sounds vibrating in the air.

Through music, most of us have undertaken completely unexpected existential paths. Punk taught me that “everyone can”. Even me, and you. Go for it! Doing things you’ll learn and develop skills. Mold your own personality. When you play for other people, personal relationships become even deeper. That’s the beauty of sharing something in common. You can resonate with everybody. Everywhere. Even now… what are you waiting for?