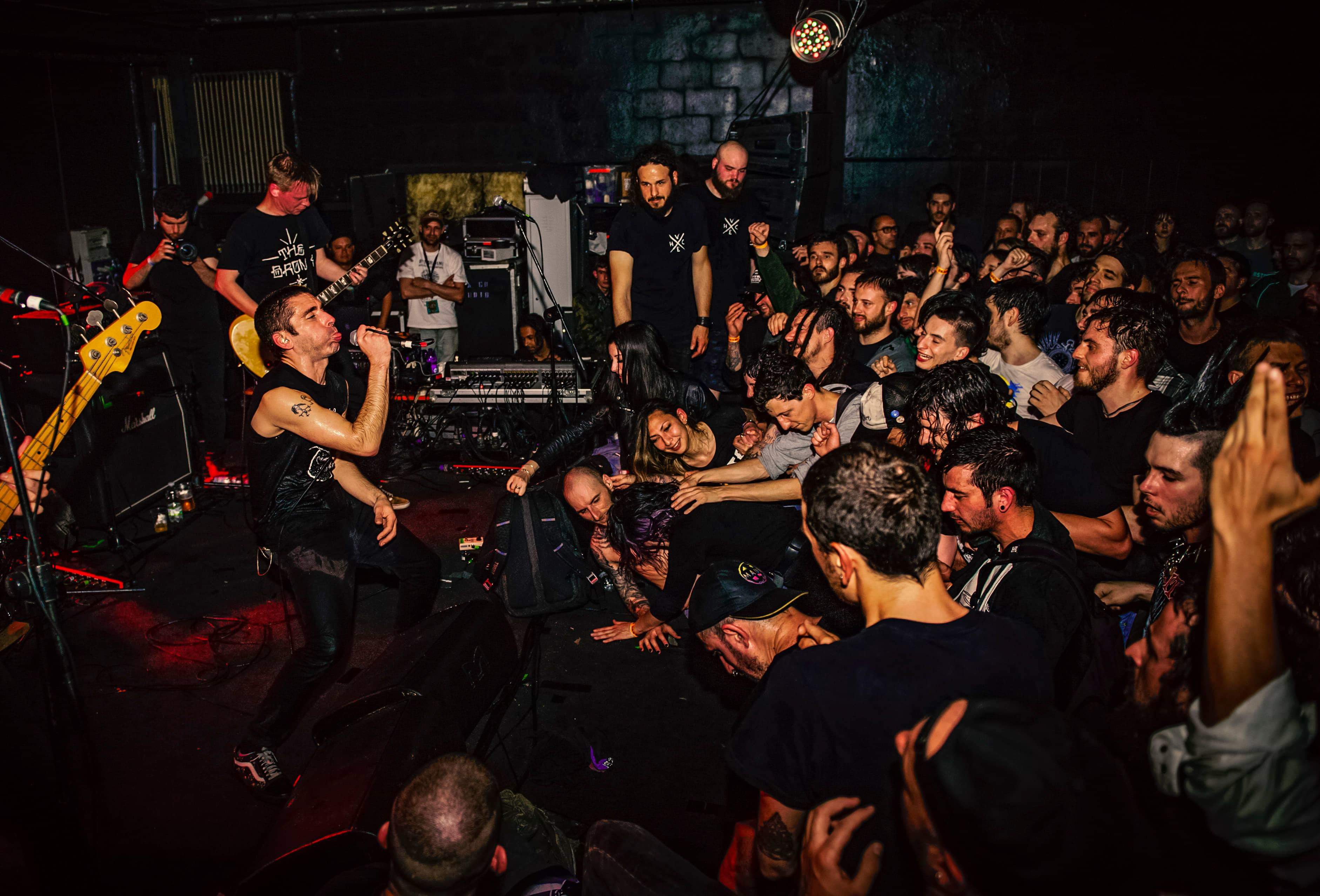 I had been waiting desperately for this moment for months after I missed the appointment with the Venice Hardcore Fest for a couple of years. Well, I think that many guys were waiting for this moment as well, inside and outside Italy. And, immediately after we arrived (and damn you, Google Maps, I missed the 3ND7R!) we started to cheer everyone around. Lost among the merchandising, albums and books, I reached the Open Space area to listen to Shelf Life, a local band which gave us a fast and powerful hardcore. They introduced their new EP, check it out! Just the time to cheer them a bit and I ran to the Nitepark where Hobos hit the stage! Incredible show, as usual! Well, I have to say that it was a good start for the second day of the Venice Hardcore Fest!

Let’s get back to the hangar for another round of cheers and hellos and a look to the merch stands, which are always so full and so interesting. This year the skate ramp is back, and a part the great and usual merch stands, in the hangar, we found also a crazy and hypnotizing videogame, produced by Giochi Penosi! Moreover, of course, albums, albums and albums! I also found the guys of Bug Radioshow whom we always cheer and respect and Christian of Anfibio Records whom as great as he is, he always provide us with some new albums!

Talking about music again, it is time for Slope, a band from Germany, who present their war-machine hardcore which hits the audience as a bomb. If you have never heard them, go to Bandcamp and listen to their album! Then on the Nitepark stage, let’s cheer the unmissable and powerful Methedrine, led by the amazing Lucio. They play fast, they play their new songs and everyone loved them!

While I got lost between some wine and some chat, I went back inside to be struck by an incredible sound wave. They are Brutality Will Prevail, Welsh band who for the first time I hear live: a great first impression!

Another round in the hangar and I really wanted to buy everything even if I couldn’t! Well, I just want to say congrats to everyone, to have the courage and will to bring around Italy music and culture for every festival. And then I want to cheer all the friends we met, Monta, Mihael, Andrea, Gorizia Hardcore crew and Abrasive Radioshow!

Andrea of Istinto ScreenPrinting told us to absolutely hear to L’amico di Martucci, on stage in the Open Space. Do you think I missed them? Of course not! And so I discovered a great band which knows how to engage the kids!

Unfortunately, someone decided to steal our photographer’s phone and, as we discovered later on, decided to steal many other things around the area spoiling the moment! I know that you can’t do much on these occasions, but you, that came inside just to steal, well, you suck!

To cheer ourselves up, we went again inside the Nitepark to receive our daily dose of energy: Siberian Meat Grinder. It was the first time that I saw them live and that I met the Siberian bear. Well, what can I say, it is impossible not to move, not to be impressed and be involved by such energy. This punk/thrash metal band makes you jump and dance and feel alive.

And then it was time for Nabat. So, it all started: the pogo, the sing-along, the feeling of being united. I even met a guy from Belgium who sang with me Laida Bologna. No words. Finally, I can enjoy Nabat on stage. Legendary.

The other band I was absolutely waiting were Not On Tour, a band from Israel who have just released a new, and great, album Growing Pains. Sima on the vocals is a true tornado! Well, you know, maybe it is because I have a thing for female voices or because I love the true sounds of punk rock, or well, whatever, I really enjoyed them: 40 minutes of fun and incredible show!

To Kill: a reunion who everyone was waiting. We talked about their new EP last week, and that night we could enjoy them live, in an Open Space area so full that I had to stay pressed on the doors – luckily the rain stopped! Well, if I have to judge according to what happens under stage I just need to say one word: epic!

And to end this day, devoted not only to hardcore but to the whole scene that keeps united the punk people, one of the finest Swedish bands: Satanic Surfers. And in a Nitepark area completely full, Rodrigo and Co. Keep us alive through their flashy setlist, fast as a shotgun! All the classic songs, some new ones and endless energy. Unfortunately, being small, from where I was standing I couldn’t enjoy properly their show, but well, under the stage, the mosh was getting bigger and harder! So, the perfect ending for a fest like this!

And yes, it ended. Heart-broken we went towards home. Regarding the Venice Hardcore Fest, one can say many things, among which also some criticism, for sure, but what I feel is that I am among friends, among people that love like me punk and hardcore! So, thank you, thanks to all the bands, and see you next year!

And here it is the photogallery by Francesco Dose: 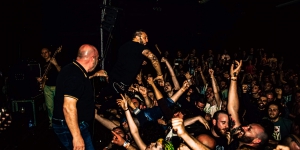 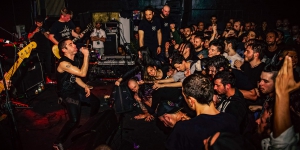 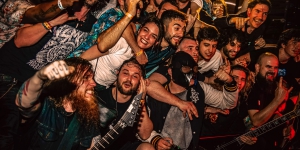 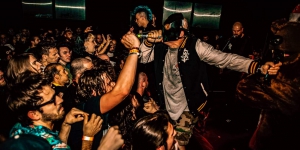 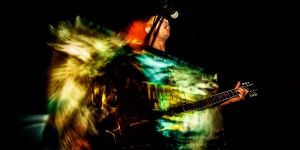 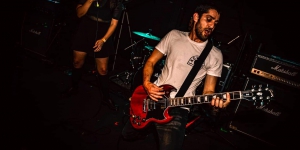 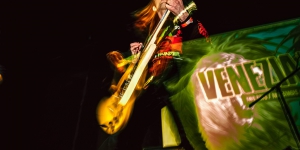 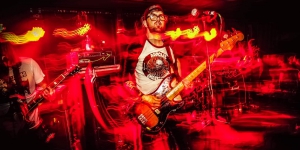 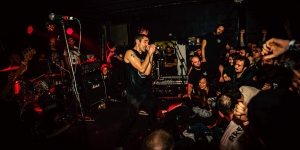 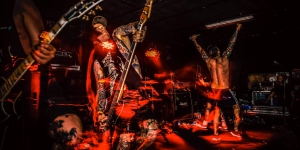 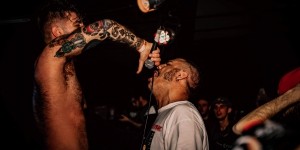 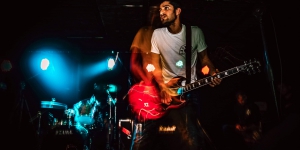 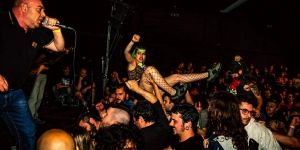 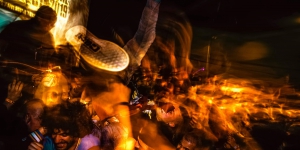 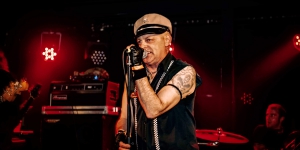 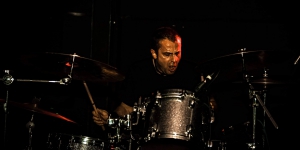 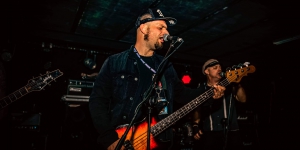 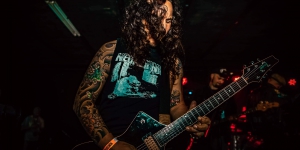 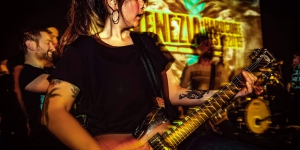 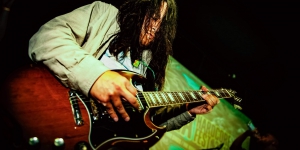