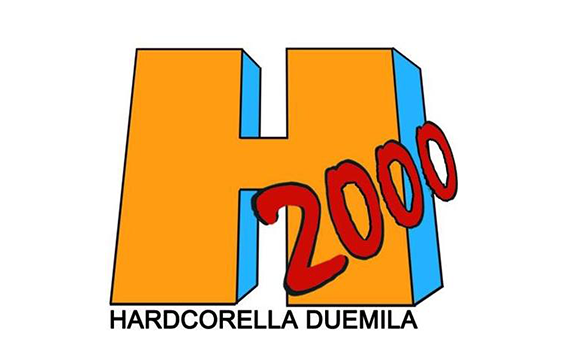 Our chat with satirical webzine Hardcorella 2000

Radio Punk: Today, we are pleased to interview “Hardcorella 2000”, a satirical web page that punks love and which makes them gossip just like an old Venetian lady would. Let’s start with some introductions!
Hardcorella 2000: Hi, Radio Punk friends. You started with the most difficult question since, as you may know, we are anonymous and we’d like to maintain our anonymity. Let’s just say we are pretty normal people in our environment, we go to concerts, buy records, listen to music… In short, we are among you.

RP: Starting from the very first days, how was the idea behind this project born?
HC2000: Gossip has always existed in this scene, so it seemed natural to turn it into something written at some point, also because nobody had ever done it. Many compare us to The Hard Times, but as much as we love it and find it an example, there are also many differences: they mostly rely on mainstream stuff and made-up stories, while a lot of our content comes from real events. Moreover, our “true” articles are the most read.

RP: Hardcorella 2000 doesn’t have any face, no one knows where you’re from and who you are. Why? Are you able to be “saltier” due to anonymity?
HC2000: Yes, but also because if people knew who we are, someone could use satire as a pretext to pour out their frustration on the people they don’t like. We never attack anyone without a reason, we may have made some mistakes in the past, but we’d like to just make jokes, we don’t like to have enemies. We are no Feltri or Mario Giordano.

RP: You are pretty famous in this scene and many punks share your articles. Did you expect to become this “famous”? Is there a downside?
HC2000: When we talk with someone and he/she comes up with “What’s this, Hardcorella?” we always feel pretty embarrassed, but we’ll get used to it. The downside is that many people can’t stand us, but it’s impossible to please everyone.

RP: What’s your favourite article? And what’s the topic your fans like the most?
HC2000: This is another downside: the preferred topic is always drugs, every time we write something about it, we do well. We have different opinions on our favourite articles, but we love the ones in the Agathocles series.

RP: Let’s move from the main focus a bit. This is a question we usually ask our interviewees: what is punk to you? How do you see the situation in Italy?
HC2000: I believe we all could say that punk is the thing that changed our lives, for the better, I think. Everyone sees it differently and as soon as you respect and are dedicated to it, it’s fine. It’s difficult to describe the situation in Italy, there are different perspectives in different areas. The bands here are pretty good, but if we talk about activism, we could do a lot better in many areas. About the venues, it’s getting worse: people in squats are being evicted, so punk risks becoming a club/disco thing and this makes our skin crawl. DIY is one of the most important things in the punk scene.

RP: You often criticise in a provocative and “salty” way: do you only aim to make people laugh or do you provoke to encourage the scene to improve? What’s your idea of irony?
HC2000: No, it’s impossible for anyone to improve because of us. It would be amazing, but it’s a thing you could only find in a children’s storybook. If we’re “mean” it’s often because of what we see around, but we’re only able to face the reactions when people send us angry DMs! We have different opinions on irony, but our articles are often spontaneous, when we think too much they don’t come out as good.

RP: Sometimes at concerts you see some crazy things. Can you think of an event where reality surpassed fiction? Tell us about it!
HC2000: We always miss the funniest things, but there are some whistleblowers we can rely on. Anyway, it’s sad to say, but the craziest things mostly happen on the web and social networks, lately.

RP: The interview is almost over. We have one more question for you: have you ever had people to consider one of your articles to be true?
HC2000: It happens almost every day, trust us.

RP: That’s all! Thank you for your answers! As usual, if you have anything else to say, you can do it now. See you soon and, as the king of Italian trash would say: “allegria”! (“Allegria!” is a motto used by Mike Bongiorno, one of the biggest anchormen on the Italian TV. It simply means “Joy!”, translator’s note)
HC2000: Thank you and sorry if it took us some time to answer! We’d like to thank everyone who follows us and we promise we’ll get down to business with some projects we had forgotten, first of all, Scenebrity Death Match!