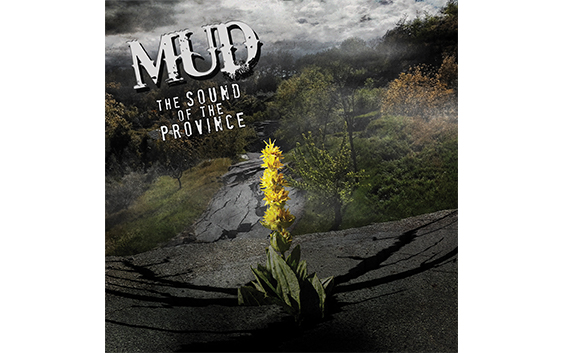 Being active since 2004, the Mud came back straight from Teramo with their new album “The Sound of The Province”. This is a concept-album of 10 tracks, including the cover of “Solo Odio” of the Impact, a band from Ferrara. The album came out this very fall with the THC DIY Productions (a label founded by themselves), besides the cooperation with other DIY labels and boasting a collaboration in the track “Full Speed Ahead” with Mauro Codeluppi from the band Raw Power.
The album has a powerful start and never lowers this energy during the whole record. A hardcore Punk with strong death and thrash metal influences, with square and rocky riffs, speed and power and with a charismatic singing of Aldo.
Interesting to note that the sounds are incredible, making this album worthwhile from a composition point of view, recorded with a remarkable quality.
Hard to identify the best track in such a tight and compact album, but after listening to it several times the most impressive were “The Sound of The Province” and “Head Down”, which includes probably the best guitar riff out of the whole album. Without a doubt, their masterpiece is “Your Energy”, where the emotional charge and the affection for their prematurely departed friend Scilla Ricci, are palpable, besides being an impact song.
Just as suggested by the title itself, the album talks about the birth-land of Mud, that was recently hit by natural disasters and it does sound like a hymn to revenge/rematch, to the will of getting back up again, and to overcome the fear.
The Artwork is amazing, representing the view of Ponzano (Teramo) after the earthquake, from which a flower (genziana) is born again, being the symbol of their region (Abruzzo).
If it wasn’t clear enough just yet, “The Sound of The Province” is one of the best hardcore albums recently released, so go to buy your record and go to see them live, they’re really impressive.
Before saying goodbye I would like to remind you that this album was dedicated to their land and to the loving memory of Scilla Ricci, who is always remember with pleasure and affection. Ciao Scilla!

TRACKLIST:
01.The Sound Of The Province
02.Head Down
03.The Thin Line(Between Life And Death)
04.The 4th World
05.The Situation
06.Beyond The Shore
07.Full Speed Ahead
08.Your Energy
09.Solo Odio
10.True Sounds Of Province

Reviewed by T.S.
Translation by L.S.

1 thought on “MUD – The Sound Of The Province – Review”