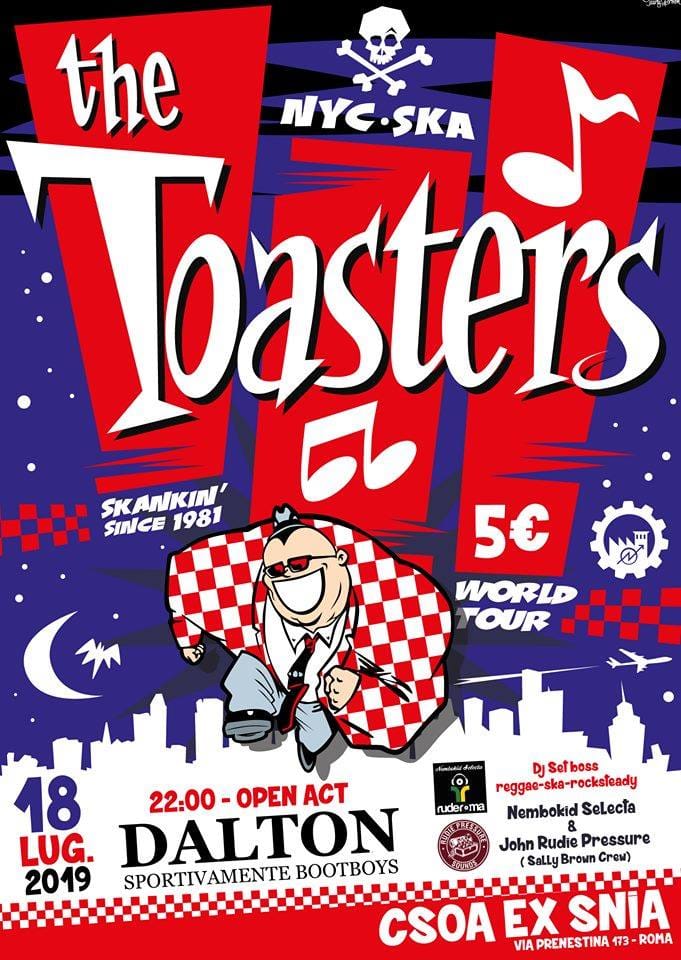 GPS set to the coordinates of the eXSnia squat (because we provincials are always getting lost) and the book “Spirit of ’69 The skinhead bible” presentation by George Marshall (ed. Red Star Press – Hellnation Books) is already underway with the editor Flavio Frezza who illustrates the content through an analogical and contrastive analysis with the Italian scene and the Lazio microcosm. With the smell of grilled meat and toasts (with recyclable glasses!) the first notes of “Sai che bevo, sai che fumo” are played, an inevitable intro by Nicola Di Bari, leading to “Niente Paura”, Dalton‘s cornerstone that animates the already large audience, aware of attending another exciting performance of the local bootboys who continue proposing a long set taken from the albums “Come stai?” e “Dei malati”.

The influences are so many that it is surprising to see them agglomerated into a single, unique group of punk, beat, songwriters, harmonics, rock ‘n’ roll, mental openings, boots and Roman music, artfully performed covers as “and if they tell us”, which highlights master Tenco’s lyrics and makes it become an oi! Anthem with lots of choirs and a libertarian and anti-racist message that is as topical as ever.

It is the opportunity to present the new single, a hymn for all of us that “We are Lost” (Ci siamo persi), as all Dalton songs are: the band that, in our humble opinion, marks a qualitative and lyric peak never reached in the Italy of the “real punk”: romantically and sportingly Bootboys.

After testing our vocal cords, it’s time to try our hand at wild skanking with The Toasters, a New York legend that has been in business since 1981: although the singer and founder Robert Hingley is the only member of the original line-up, the band offers a an hour and a half of American 3rd Wave of Ska, an explosive, balanced and amusing mixture of 2Tone with a timeless punk rock attitude that makes the almost 500 fans start dancing to songs like “Don’t let the bastards grind you down” “I’m Running Right Through The World” “Talk is Cheap” “Weekend In LA”.

For us, it was a feeling of nostalgia listening and dancing to the songs of our adolescence.

Satisfied to have been in front of the longest-running ska group in the United States, unfortunately no dj set for us and we say goodbye to the Roman boys … but it is Thursday and tomorrow we must be ready for the Rotten River Camp B)