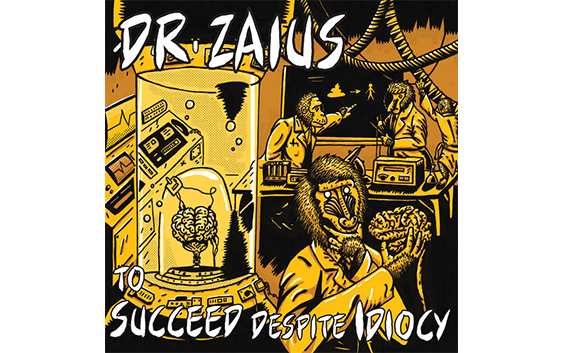 The spirit carries on

Italian punk bands often fall in the trap of reiterating styles of a genre that has given almost everything it had to give, when it comes to hardcore it’s easy to stumble upon products leaning more on attitude than music itself, leaving us thinking that…yaaaaas, the spirit might live on but maybe it’s losing some of its panache along the way.

What should one do, then? Should one try the path of novelty and peculiarity at all costs leaving the old ways behind? There’s a lot of not-so-punk punk bands breaking through after all, take Pup as an example defining a new era of pop punk or Idles’ prickish noise that has reached a mainstream popularity unforseeable nowadays for a band with guitars.

What about hardcore? Haram are kicking asses singing in arab (they’re from New York and of arab heritage) and Pears are a brillant example of an imaginative band. But it’s nonetheless necessary for someone to carry on the torch of tradition, someone has to teach younger generations how to make tagliatelle and I’m not talking about grandmas, I’m talking about cool kids that learnt from grandmas and are now making their own tagliatelle. That’s where this marvelous 7” by Dr. Zaius comes into play, a vulcanic eruption of hardcore punk with a nuance of RKL (with a little less technical expertise but still flying pretty high), specially in Needle Song, DIY Saved My Sexual Life and the astounding intro The Overthinker, song that evolves into a furious alternance of guitar riffing and pensive voice answers. Talking to an Empty Seat is the perfect beginning to capture the listener’s attention, but the tracks really work in any order being six potential singles, RKL are still surfacing in the final part bringing us back to the best crossover punk of the late 80’s.

A mention of honour must be made for the performance of the singer, Rash; I’m a sucker for pressing lyrics with a lot words and in DIY I really get what I want. Halfway through the track there’s a funny NOFXish cut (the only flaw being the lack of variations during these 30 seconds, great idea with a lazy realization) and off we are again crunching BPMs. The Meaning of Life (Is That Life is Meaningless) could come from the Descents’ golden age and it features a great wha intervention and an interval that Lagwagon could do, it’s surely no coincindence they have as their core a lot of RKL members. We’re not at a loss for italian quotations given by CCM and Negazione. The last, most crossovery and metallic, track, the sharp Night of the Liver’s Death, is probably the one where our fab 4 want to diplay all their technical and arranging ability. My only curiosity is to see the band’s impact live, without all the guitar overdubbing, knowing that they’re just 4 dudes with one guitar. Possibly the best thing I heard in 2020 so far, I’m waiting for them at the gates with 12 tracks. Keep rocking,