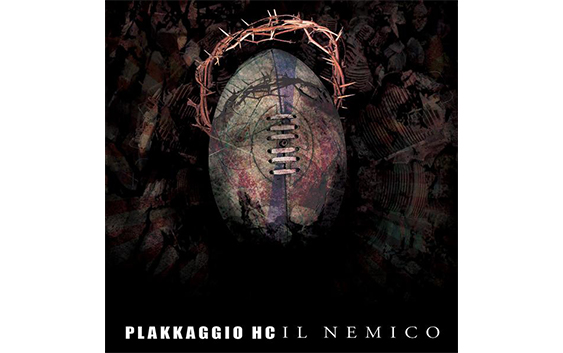 Today we’re talking about “Il Nemico”, a record reissued on LP by Hellnation

After the previous Hellnation special, today we’re back to talk about a record from 12 years ago. Released in 2007, “Il Nemico” by Plakkaggio HC is the first album of the band from Colleferro. In fact, after a first demo entitled “Liar”, this album, then released on CD, had opened the doors of the scene to the trio. Roberto from Hellnation decided to make a gift to all vinyl lovers, reissuing just a few weeks ago “Il Nemico”, in a very fashion orange vinyl.
Composed of 12 tracks, of which one cover by Colonna Infame (Non Morirà), it has the peculiarity of having some songs in English and some in Italian. Undoubtedly, for my personal taste I have preferred those in Italian, but these are small things, since the type of singing and the musical proposal is of great quality. It is a perfect mix of hardcore, black/heavy metal and punk/oi.
Riffs as sharp as sharp blades juggle between granitic bass lines and a powerful drums. The voice, as said before, is the icing on the cake, charismatic and energetic.
The album is extremely compact, it’s something original and unique and reaches its peak in “L’Araba Fenice”, a piece of rare beauty and with a splendid lyrics.
I don’t think it’s my favourite album of Plakkaggio, a band I love and that unfortunately I saw only once at Dordoni before DOA and Bloody Riot, but “Il Nemico” is still a lot of stuff, To listen if you don’t know Plakkaggio, to have if you already love them!

Listen to “Il Nemico” below and contact us if you want a copy of the LP!