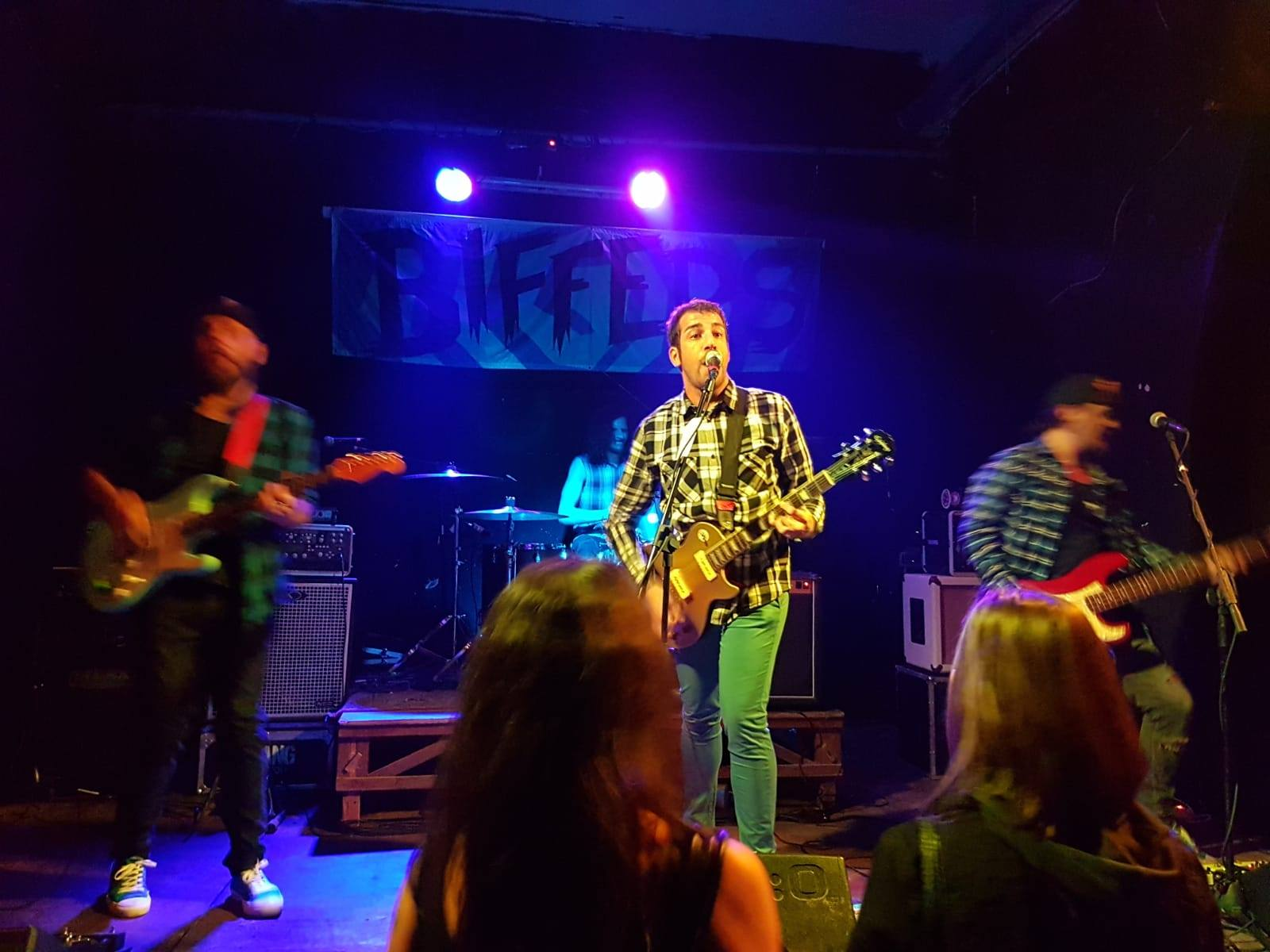 Live report of the punk rock night in Leghorn

Unlike the majority of my friends heading to Venice, where due to logistical reasons I couldn’t go, I “consoled” myself just fine by moving to Leghorn to see the veterans Useless ID, real showmen, for years under the Fat Wreck Chords label.
I arrived at last at Ex Caserma, one of my favourite squats, that deserves to be seen and experienced, feeling that amazing atmosphere also during the daily routine when you can go skating, boxing, drink some beers with friends, eat a pizza baked in a splendid firewood oven or attend a good gig indeed, all at really fair prices. All of this without considering the political activism topic, that would require its own review!
After an excellent dinner and some chats with my mates, the first band started playing: Biffers the hosts! Its punk rock is the one nowadays defined Ramonescore, the songs switched from real quick tunes to something slower that made the audience move anyway. This live set passed without a hitch between nostalgic references to old videogames and a bitter smile talking about the current political situation.
After their performance, it’s the turn of the really good melodic HC of Krang, from Czech Republic, Useless ID’s support band in some of the European tour dates that, even if there wasn’t the “official” singer, succeeded greatly with a fast but clear set, between dicking around and satirical references.
At this stage, after taking a look at Francesco’s amazing distro (bassist of Sinners Squad from Lucca), Useless ID went onstage and started their set with a couple of frantic songs, including the one that gives its name to their latest album, “State Is Burning”. Then they continued with softer tracks with cheerful and love lyrics, like “Nightshift”, thereafter other fortes were played, these are “Mouse In A Maze” and “Isolate Me” towards the end.
The participants moshed and sang like mad, and Useless ID declared several times their love to Leghorn; furthermore, their acoustic tribute to Tony Sly as encore made me take the intercity night train happily, headed home. Once again I have the proof: Punk Rock = Good Vibrations!